KNOWLEDGE AND THE RENUNCIATION OF ACTION

THE ORIGINS OF KARMA-YOGA

In the first three verses of the fourth chapter, Krishna sums up the subject matter of karma-yoga by indicating to Arjuna that it is not something new. Krishna , as the Lord, had initiated it in the beginning of creation and, since then, karma-yoga has been handed down from generation to generation, even though it has not always been well preserved. To become a sannyase requires a mature and contemplative disposition. You cannot simply decide to be mature or contemplative. Either you are or you are not. What you can do, however, is to live your life in such a way that you can gain a contemplative disposition. This is karma-yoga.

In order to gain self-knowledge, which is moksha or liberation, you have to recognize your nature as being free from action, as that which is the very center of the entire creation, the reality of everything. And, in order for this recognition to take place, you can live a life of sannyasa or a life of karma-yoga. Karma-yoga is engaging yourself in activities with the proper attitude — pravrtti-laksana yogah. And sannyasa, or jnana-yoga is the renunciation of all activities — nivrtti-laksana sannyasah. Thus, nivrtti-lakshna-jnana -yoga is for the sannyases and pravrtti-lakshana-yoga , karma-yoga, is for everyone else.

This two-fold yoga is all that is intended to be unfolded throughout the G¢t¡ . In fact, Krishna had already completed the teaching in the second and third chapters. Knowing that he had taught all that had to be taught, Krishna now praises this yoga , telling Arjuna that what he had taught him was something very old, introduced by himself, as Isvara , in the very beginning, meaning in the Veda. 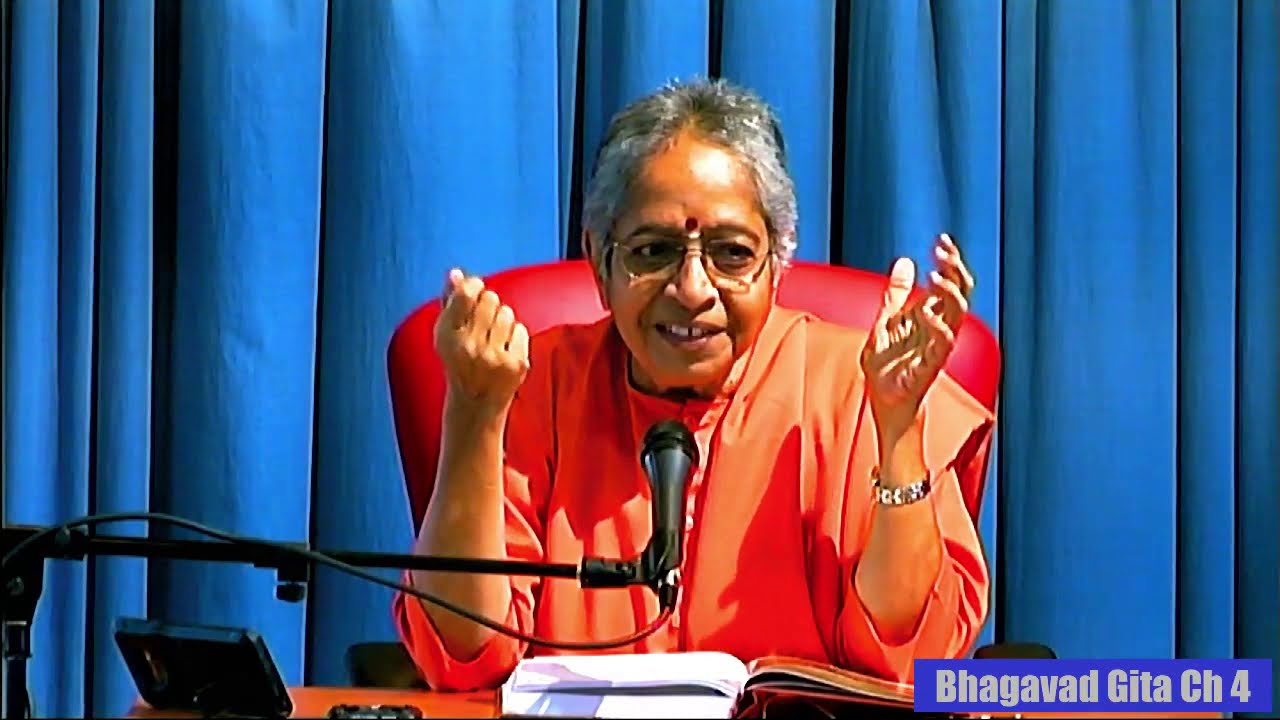 The Vision of the Rishis

The Vision of the Lord